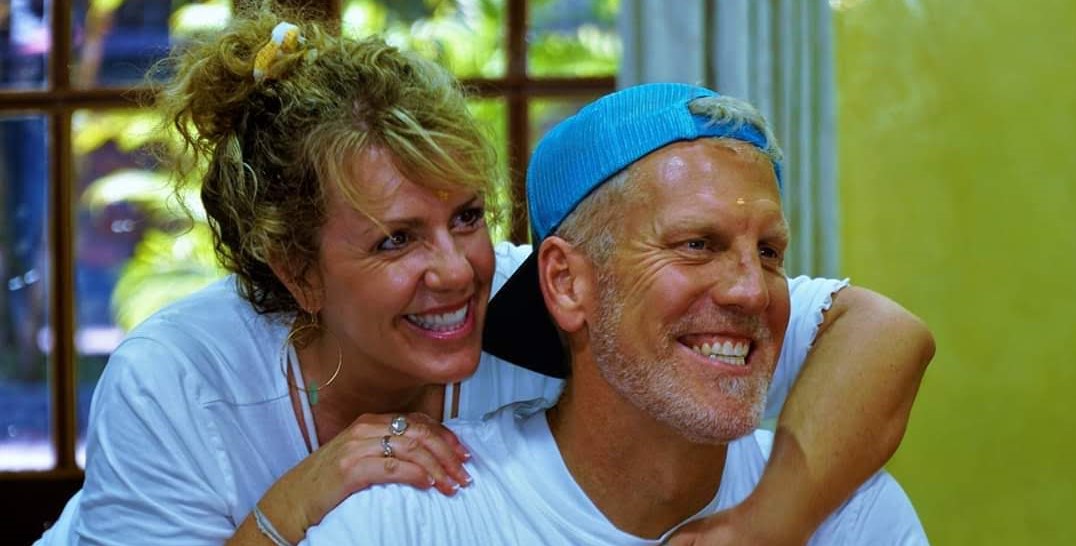 I found this picture when I was scrolling through some social posts from a few years back. My wife had joined me on a business trip to India. It was such a blessing to share my love for the Indian culture and my Indian team with Bev. I also love that they were able to meet my better half.

When I saw the photo today, I immediately though of the phrase ‘behind every good man is an even greater woman.’ If you accept my desire to be good, then this quote is true for me. I have an amazing wife who has been a tremendous love and support throughout my life and career.  However, the quote is not universally true.

I know really great men whose primary love and support comes from a husband. And, it’s not reasonable to assume a woman’s role is behind the man. Whoever you’re with, should stand and walk side by side with you with equal concern and attention for each other’s success.

As I thought more of about these ideas, I realized that the most important message in this concept is better understood by flipping it around. And, maybe by sharing a bit about my own leadership journey.

Twenty years back, I learned that as a manager, my role was shifting (or had shifted) beyond completing actions and delivering services for the company. My focus became, all about helping other people to do that valuable work. Intel called it ‘managing through people.’ At some point, I had become good enough at a particular task, that I was asked to step away from the hands on work and manage.

Most often, managers are still measured for results and productivity. But as a manager, the expectation is that you’ll find a way to deliver 10x what you previously did by lifting the productivity of the entire team. You can try this in different ways. Maybe you will direct everyone to do things the way you did. Crack the whip! Offer rewards and other incentives. In the early days, you’ll likely struggle with the realization that you might be smarter and/or faster than most of your people. But, there’s no way you can do 10x what you previously did by yourself. Your only option to accept/embrace/trust the team.

I tried just about everything. Over time, I accepted a broader tolerance of HOW the work was done. It was only then I realized that in most cases, the WHAT they delivered was reasonable. It wasn’t how I would have done it. Nor, was it exactly what I would have delivered, but it was perfectly acceptable. That was the first step toward the humble realization that, often their individual approach, speed, and results were even better than I could have achieved myself.

As my career grew and I shifted to managing managers, this same truth became even more true. Every day away from the work of being an individual contributor, broadened the gap between my capability to do the work and my team members who were actually doing the work. And, while I’ve always prided myself as an innovative person, I found that the best ideas were generated across the team. Humbling.

This process led me to the realization that my ‘work product’ needed to be more focused on my team members themselves. The best way for me to achieve the needed business results was to invest in the learning, growth and development of my team. I also realized that the most fulfilling aspect of my role was to help people become the best version of themselves. It’s super rewarding (and lasting) to enable people’s individual progress, along with the progress of the team.

Full circle. Back to the quote. ‘Behind every good person…’ One might be temped to begin looking for someone who can help you be good and successful. But let me suggest that we should see ourselves as that supportive person rather than the supported person (behind or beside).

I think the biggest risk that we face is one of ego and self-importance. Stop worrying about what other people can do for you and begin to invest the vast majority of your time and energy to figure out what you can do to help other people. If you’re looking for a universal formula for success, that’s it.

Invest the vast majority of your time an energy helping other people to be more successful.

This formula has the benefit of being altruistic. Yes. It feels awesome to help other people. But like almost everything in life, the universe returns to you what you give away. The more people you help, the more people (those same and others) surround you to help you achieve your own goals.

I don’t think the formula works as well if you are being selfless for purely selfish reasons. I only highlight the above, so that you can have the faith and trust to quit worrying so much about yourself.

Be the trustworthy, supportive, person behind/beside someone else, and soon you’ll find success beyond imagination that’s supported by the most amazing person beside you.

And, you’ll become a much better human in the process.

1 thought on “Reject Ego and Self-Importance”